SIRHA confirmed the growth of Balanças Marques in France

Balanças Marques makes an excellent balance of its participation in SIRHA, which took place from January 21 to 25, in the French city of Lyon.

SIRHA could not have run better for the portuguese company. During the five-day event, which is one of the largest and most important fairs in the world for food service and hospitality industry, Balanças Marques received numerous visitors and established many promising contacts with potential new clients.
"SIRHA went very well, having even exceeded our best expectations”, says Rafael Barbosa, Commercial Director of the company in France. "We have made many extremely interesting contacts, of potential new resellers, which opens up great prospects for us to continue to grow in a market as important as the French." In fact, one of the ideas resulting from the presence in SIRHA is that the company and its products are gaining space in this market as desirable as it is difficult. "We have felt, from fair to fair, an increasing interest in our equipments and the feedback that is transmitted to us at these moments by our current resellers and their customers has been the best," added Rafael Barbosa.
As expected, the BM5 XS scale, one of the latest Balanças Marques equipments in France, focused the main attention of visitors among the various weighing solutions and POS systems presented by the company. 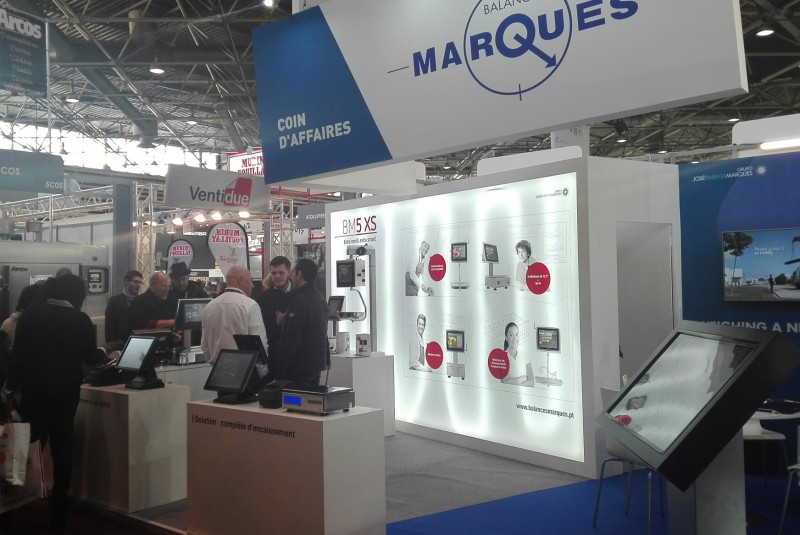