Balanças Marques was invited to be part of CECIP, the European Association for National Trade Organizations representing the European Manufacturers of Weighing Instruments. Its integration was voted and approved in the 66th general assembly of the Association which took place between the 1st and 4th June in Vienna, Austria.

Friedrich Trosse,  Secretary General of CECIP, has invited Balanças Marques to be part of the organization in order to represent Portugal at an European level, since there isn't an Association in the country that represents the sector. All members of CECIP have approved unanimously the integration of Balanças Marques, in the voting held on the past June 3rd, during the realization of the most recent general assembly of the institution.

"It is, to us, a enormous pride to be part of this European association and we will do everything in our power to make sure that we will do the best job defending the portuguese weighing sector", said Tiago Marques Pereira. "It is equally an immense privilege to know that we have been chosen to stand for our country, since there is no similar organization in Portugal".

Paulo Marques emphasizes precisely the fact of Balanças Marques be the first and only company to be part of CECIP. "All other countries are represented by associations of companies and we are the only exception. Portugal does not have an association, so CECIP decided to invite a company. The invitation to Balanças Marques and the unanimously approval, means a lot to us. I believe it reflects the recognition of our work and the projection of our name in Europe”, reveals Paulo Marques.

CECIP is composed by associations of companies from the weighing sector of 14 countries, to which now joins Balanças Marques, aiming to establish common and harmonised standards to be adopted at European and International levels to provide safety and quality to both consumers and users of weighing instruments. 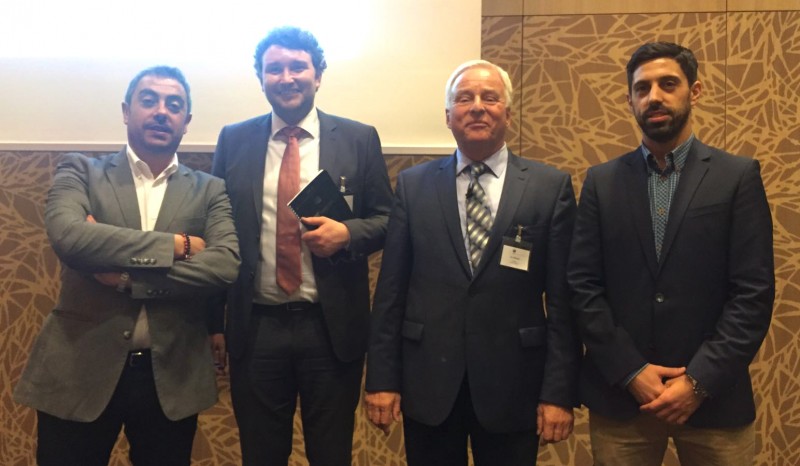