The Portuguese company was voted the second best worldwide in the international awards "Weighing Review Awards 2018", while its scale BM5 ARM won in the category in which it was named.

Balanças Marques reached the 2nd place among the weighing equipment manufacturers in the "Weighing Review Awards", which results of the fifth edition have now been disclosed. The company was the only Portuguese present among the 30 named from around the world, having improved the 3rd place obtained the previous year.
Its BM5 ARM scale was voted the best in the world in the category of "Best Retail Scale", succeeding other models of the company, namely BM5 and BM5 XS that won in previous editions.
In the month in which Balanças Marques is closing the celebration of its fiftieth anniversary, the company's administration does not hide its pride and enormous satisfaction for more this international recognition of the work developed and the quality of its products. Considering that these distinctions serve to reinforce the excellent image that the company has inside and outside Portugal, as well as the positioning of the brand and its products in the international market, while carry more responsibility and increase demand. The administration also distributes the merit to all the employees and companies of the José Pimenta Marques Group and thanks the contribution of all customers, partners, suppliers and friends, as well as all those who, with their votes, allowed to obtain these results.
The “Weighing Review Readers' Choice Awards" are responsibility of the "International Weighing Review" portal and annually distinguish the best in the world in the weighing industry through public voting .

Link to the list of winners of the Weighing Review Awards 2018: https://www.weighingreview.com/award/winners/weighing-review-awards-2018 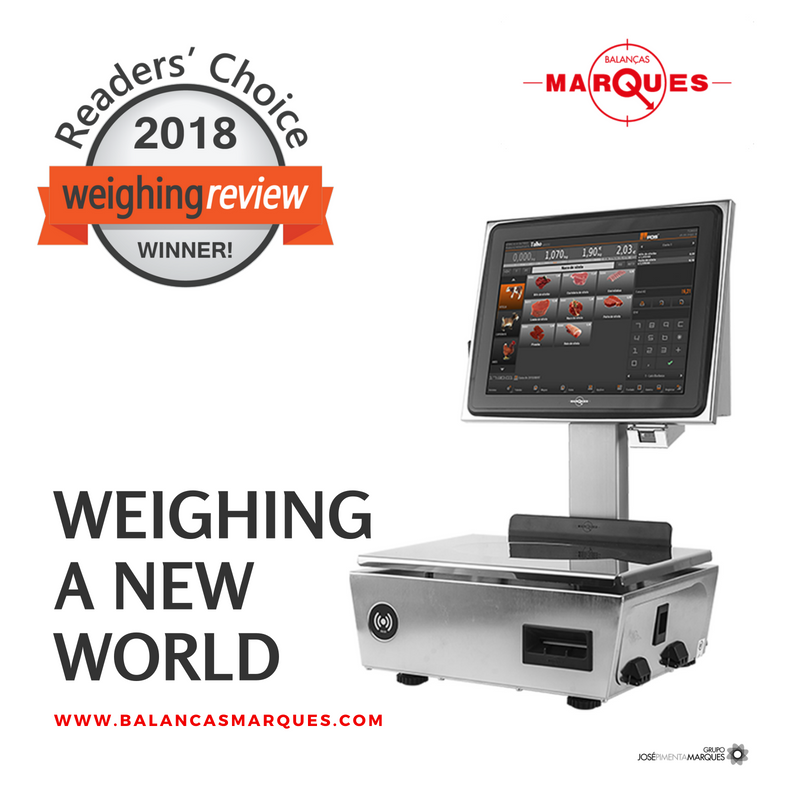