Balanças Marques elected the best weighing company in the world

Balanças Marques was voted the best company in the world in the 2019 edition of the international awards "Weighing Review Awards".

The company of the José Pimenta Marques Group won the categories in which it was named in the international Weighing Review Awards 2019, including the 1st place in the Best Weighing Companies.
The BM5 ARM scale, the PCM M1500 weighbridge and the ETPOS software also won the categories they participated in (Best Retail Scale, Best Truck Scale/Weighbridge and Weighing Software, respectively).
The company thanks everyone who contributed to putting it at the top, ahead of world giants, raising what good is done in Portugal! 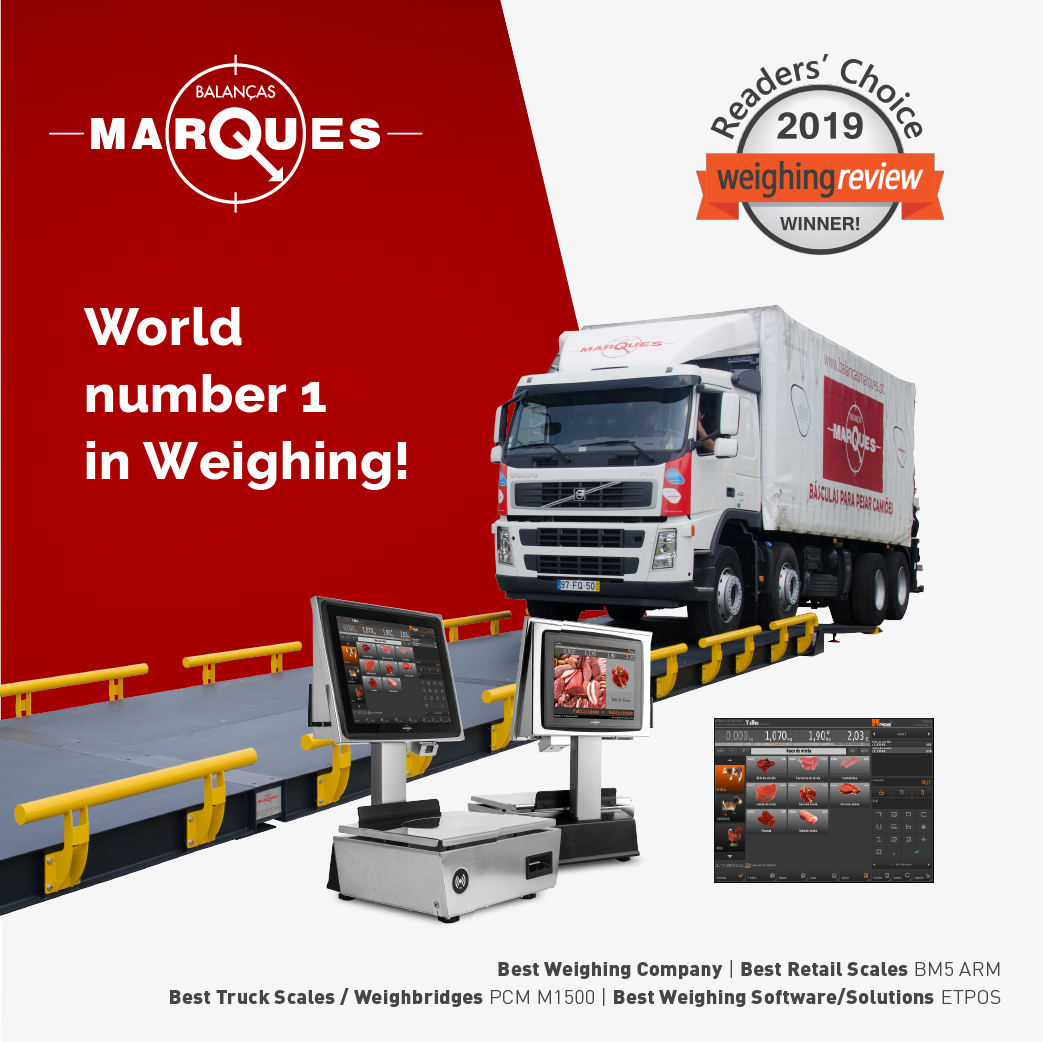